We have the wingnut right represented by the Rise Up Australia Party: 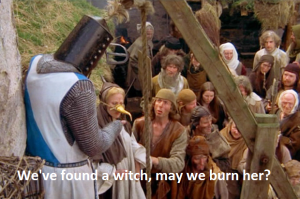 The wingnut left represented by the Socialist Equality Party: 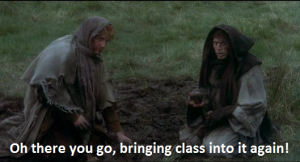 And the just plain wingnut represented by the Palmer United Party (sadly the tinfoil hat wearing Citizen’s Electoral Council is not running in NSW): 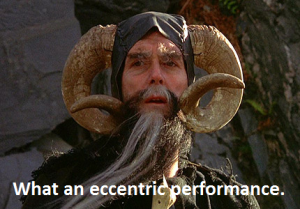 Meanwhile One Nation and The Democrats are still here: 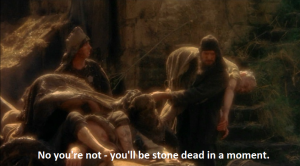 So I’ve gone and run the minor parties through the ABC’s Vote Compass website to see where they stand on a more numerical basis. Of all the groups and independents there are 25 who have a broad enough issue base (and websites to have a look at their policies) to work here. There’s a bunch of single issue parties, which are easy enough to consider separately (although some, notably Stop the Greens and Smokers Rights, seem to be nothing more than fronts for the libertarian Liberal Democratic Party).

Firstly I’d like to say that the condition of policy information on parties’ websites is woeful (the Socialist Equality Party’s material isn’t even on its own website – it sits on the site operated by the International Committee of the Fourth International, a global Trotskyist organisation). In most cases its poorly organised, badly written or strings of motherhood statements. Everyone could really lift their game. Nevertheless I managed to divine party positions on many of the Vote Compass questions using policy statements and other resources (such as media releases) on party websites.

Here’s where they’ve all come out (I’ve used the Vote Compass rankings for the three major parties) – the scale is the same as vote compass – economic issues on the x axis and social issues on the y axis:

Firstly the error bars on these are pretty large as many policy questions had to be answered with an “I don’t know”.

For example Socialist Alliance should really be further to the left of the Greens (and the Socialist Equality Party further to the left still). They wind up being further right as they want to eliminate government assistance to big business (like car manufacturers) – by nationalising them (there’s not really an appropriate answer for this on the question).

Similarly a number of the ‘micro right’ parties should really be further left on the economic scale given their position on protectionism, but slide right due to their opposition of a few labor government taxation policies.

Other have views that are a little bit over the shop on the traditional scales, e.g. protectionist of agriculture but deregulate small business or; against same sex marriage but supportive of euthanasia.

I also feel like the questions were designed to maximise the difference between the ALP and the Coalition (the reality is that there is much policy they share in common), so what are really fringe parties ideologically may sit much closer in to the main parties.

So take these rankings with a large grain of salt okay?

However this does allow us to put these parties into groups.

The ‘Pick a policy from everywhere’ Centrists
Hard to characterise as left or right in general, they pick issues from both sides.

The Libertarians
Small government (in terms of taxation, spending and regulation) and social freedoms.

The Social Progressives
Social freedoms and large (in terms of taxation, spending and regulation) but more accountable government.

The Communists
Nationalise everything, workers rights and social freedoms. (Also keep an eye out for ex-communist party members – which has been deregistered – running as independents, such as Ron Poulsen in NSW)

Want to find out more about the minor parties – read some excellent summaries here, here and most comprehensively here and here. Happy voting!

I'm a swing dancer, DJ and jazz music nerd living in Pavia, Italy. Once upon a time I was a physics geek so I like to talk about science too. This blog is about that and other musings on politics, philosophy and whatever strikes my fancy. Check me out on the tweets @lindypenguin